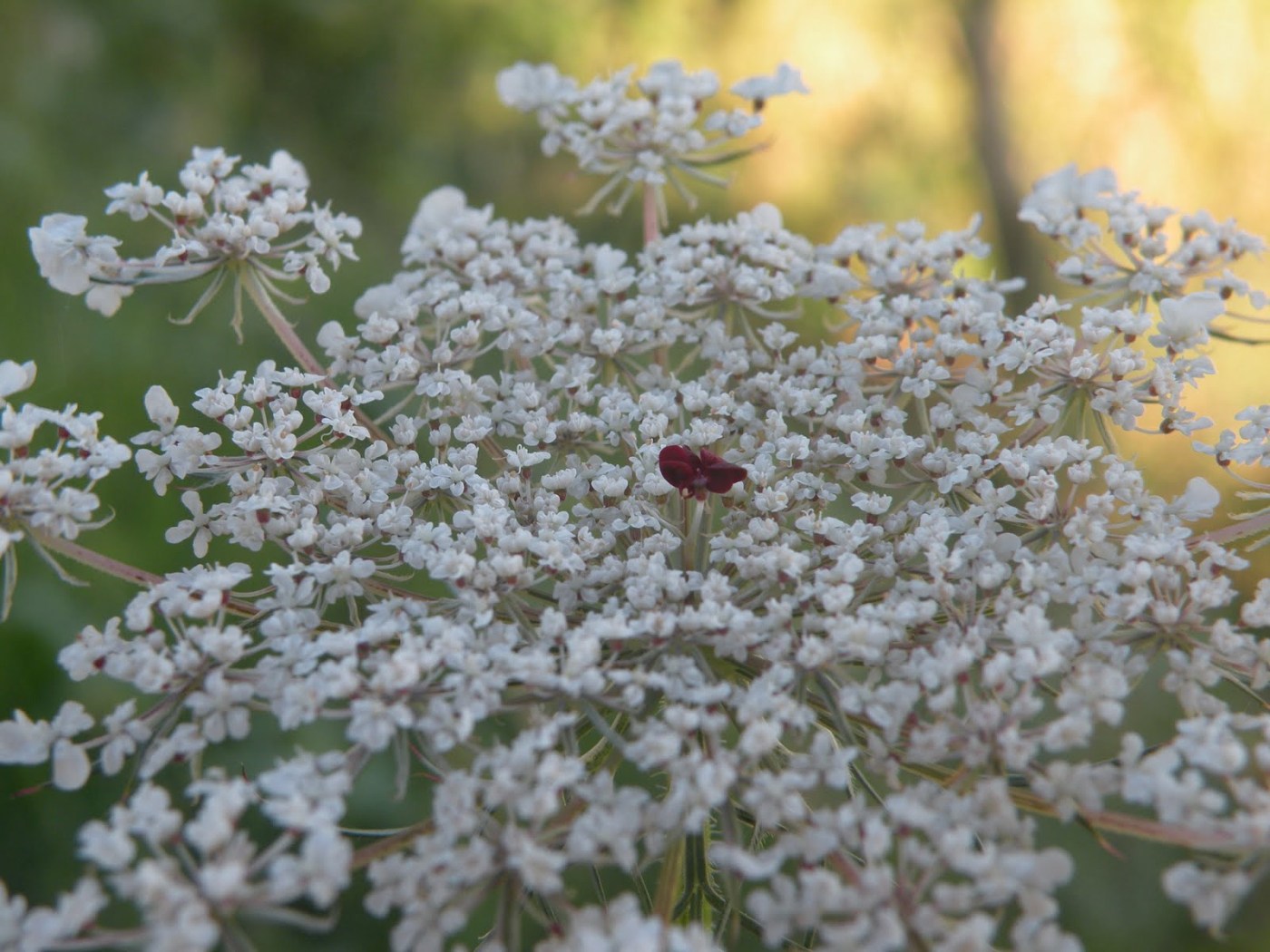 This summer was a quiet one for me – relative to other summers, that is. I chose not to sign up for any long crazy adventures or visit 100+ people in five weeks. I kept the travel circuit small and spent a minimum of six days in each state: IN, CA, FL, GA, NC. I slept often and took very few pictures. A few short adventures managed to come my way and I’m thankful for those. And I did do a little bit of continuing education along the way … a conducting workshop that happened to be in Italy. After a long and deeply stressful school year, it was the right kind of summer. The only sad part: there were many people I did not get to see. What pictures I have are posted below.

The flight from Amsterdam to Detroit happened during daylight and we flew over the southern tip of Greenland. So beautiful. 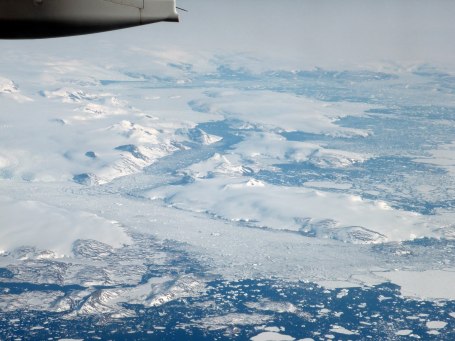 My nephew Asher was born while I was in Kenya this year. It was so much fun to spend time playing with him and Abrielle. Never mind that he managed to give me the worst head cold I’ve had all year. Baby germs, man … they’re potent. At least he’s cute. 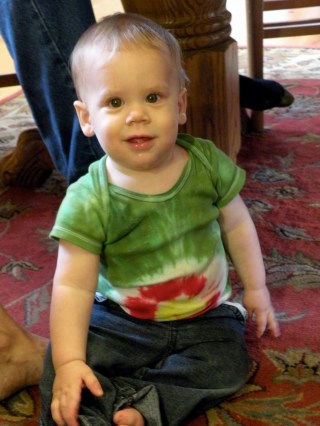 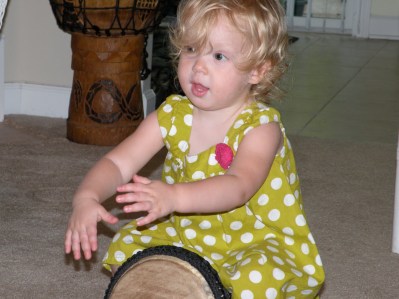 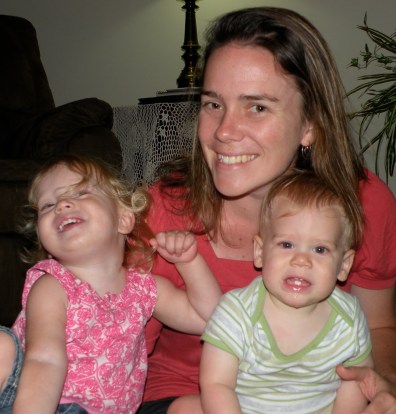 One of the adventures that came my way: two nights of camping and kayaking around Bear Island, NC with my friend Sarah. A gift of quality time with a long-time friend in an amazing place. The outer banks of North Carolina are extremely beautiful. At least, I think so. We had a little bit of rough weather on the first day and night, but it added a little spice to the whole experience. The water temperature was perfect. 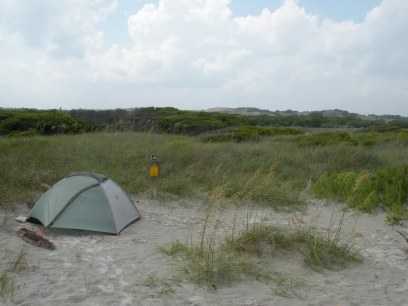 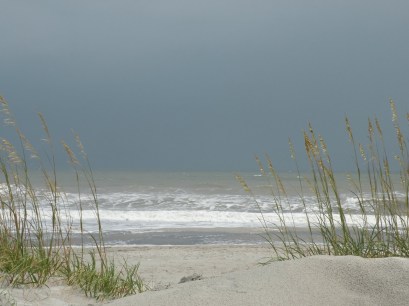 The picture below does not do justice to the reality of a hundred thousand baby fiddler crabs swarming through the marshes at low tide. They were literally everywhere. The sound was amazing too. As we pulled the boat closer to shore, they would run away, knocking into each other in a soft clicking wave. Makes you wonder … where are all the birds? 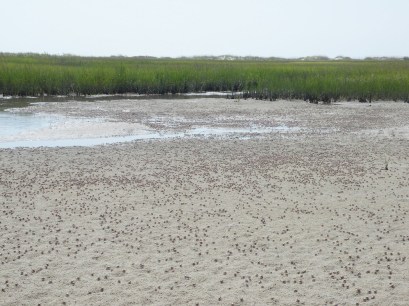 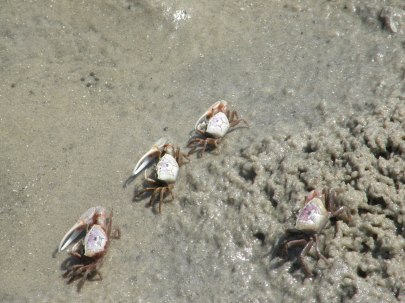 And this is a really cool sea creature that I wish I knew the name of! (Help?) It looks like a slug with wings and was about a foot long. It was stranded in water that was too low, so we used one of our paddles to lift it down into a deeper spot. It seemed much happier there. 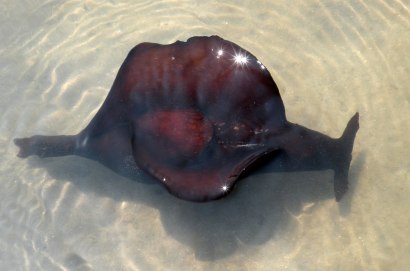 This summer’s travels ended in Italy – Sarteano to be more exact. I attended a choral conducting workshop. Six days of intense rehearsal and then a concert. We sang the final concert last Saturday (July 30th). I probably took the most photos of the summer during this week. Makes sense I suppose; it’s not a spot I get to very often. 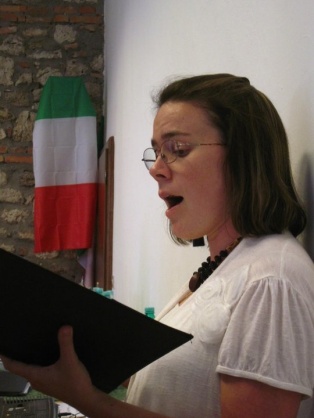 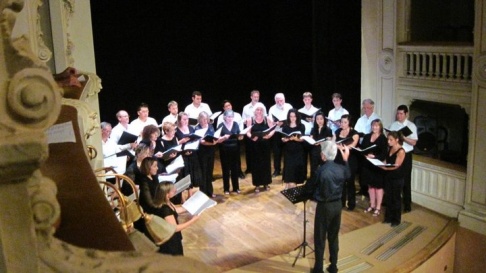 On the second day, I discovered a scenic path around the town. I walked it every day to or from practice. 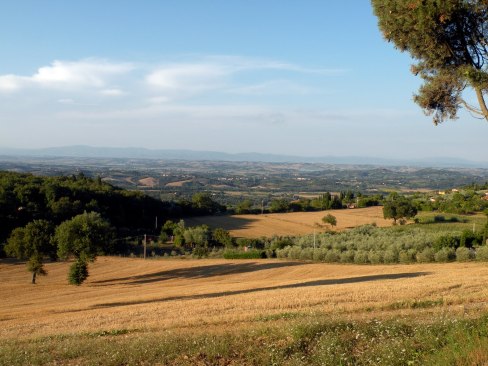 In the middle of the week we got a free afternoon. After four days of being in “class” eight hours a day, we definitely needed it. I had my heart set on taking a long hike – walking to a lake that was about 10K away. A couple of guys were willing to go with me … and then it rained ALL day. We didn’t end up going that afternoon so I went back to my room after lunch and sadly resigned myself to a nap. Two days later, one of the guys who had been up for the hike had gone to rent a car for his post-concert travels. He offered to drive the four of us down to the lake on our lunch break. Very awesome of him. We took a picnic lunch … and it was a beautiful day. (Made it back to rehearsal with 30 seconds to spare.) 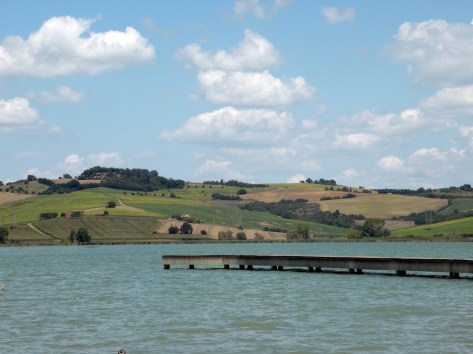 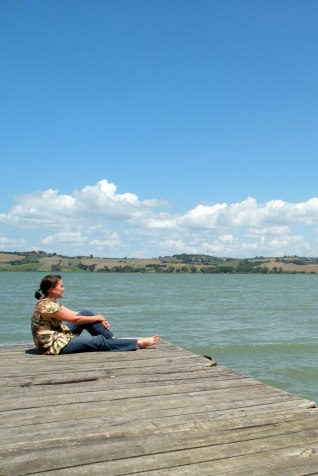 Sarteano is a small town on the southern edge of Tuscany. It is basically a one-hill town with a 15th-century castle on the top. Most of the old city is tucked tightly under the edges of the castle. Past that, the modern part of town slopes gently down from the old town for about a mile. It is surrounded on all sides by farm land – olives and grapes and figs and hay and sunflowers and such. Other similarly small towns are visible in the distance.

The streets of the old town are narrow and often steep since everything is on the way up to the castle. You can walk a zigzag circle through all the streets in an hour or less, and the views are lovely. There are remnants of earlier eras everywhere: forgotten arches and doorways, and different kinds of bricks in different spots. 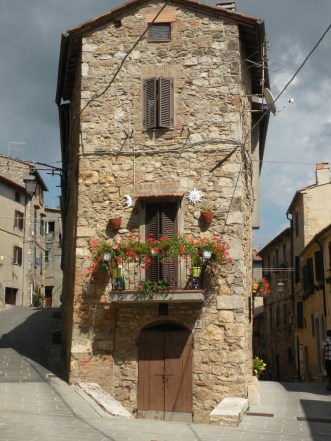 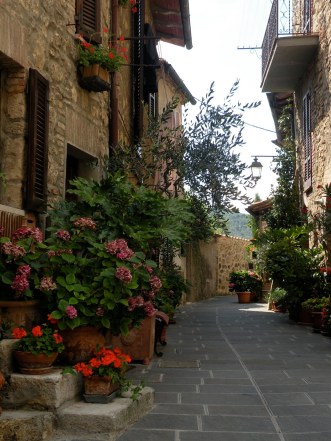 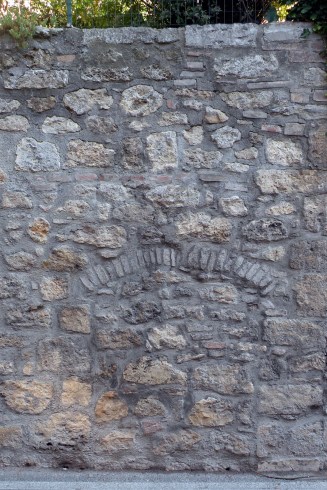 On the last day, a few of us went up to the castle to explore. It’s not a very big castle. The inside seemed like it would have been rather cramped for several families together, and I cannot imagine going up and down all those tight stone stairs in a long, heavy skirt. 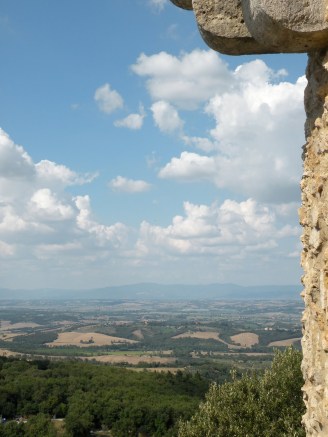 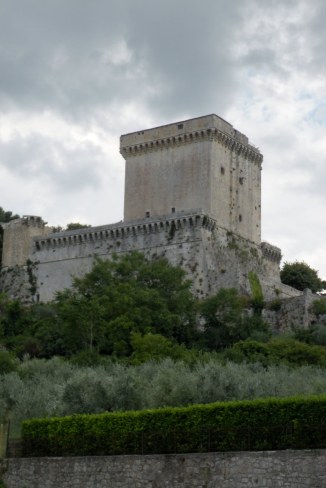 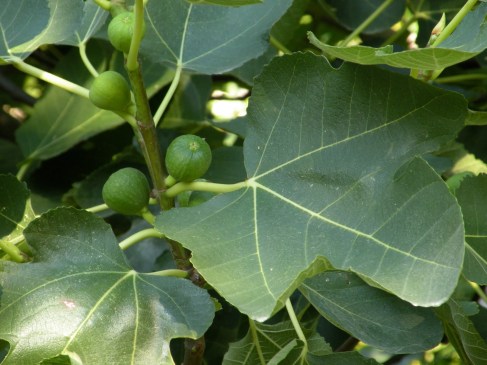 And Queen Anne’s Lace … at least that’s what I think it’s called.
One of my favorite wildflowers. 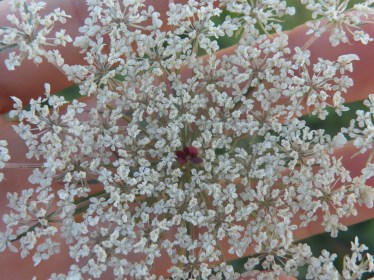 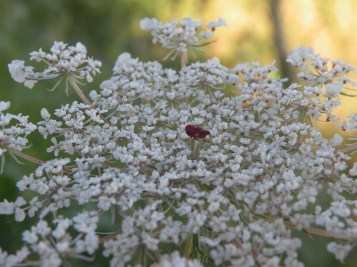 2 thoughts on “A quiet summer”