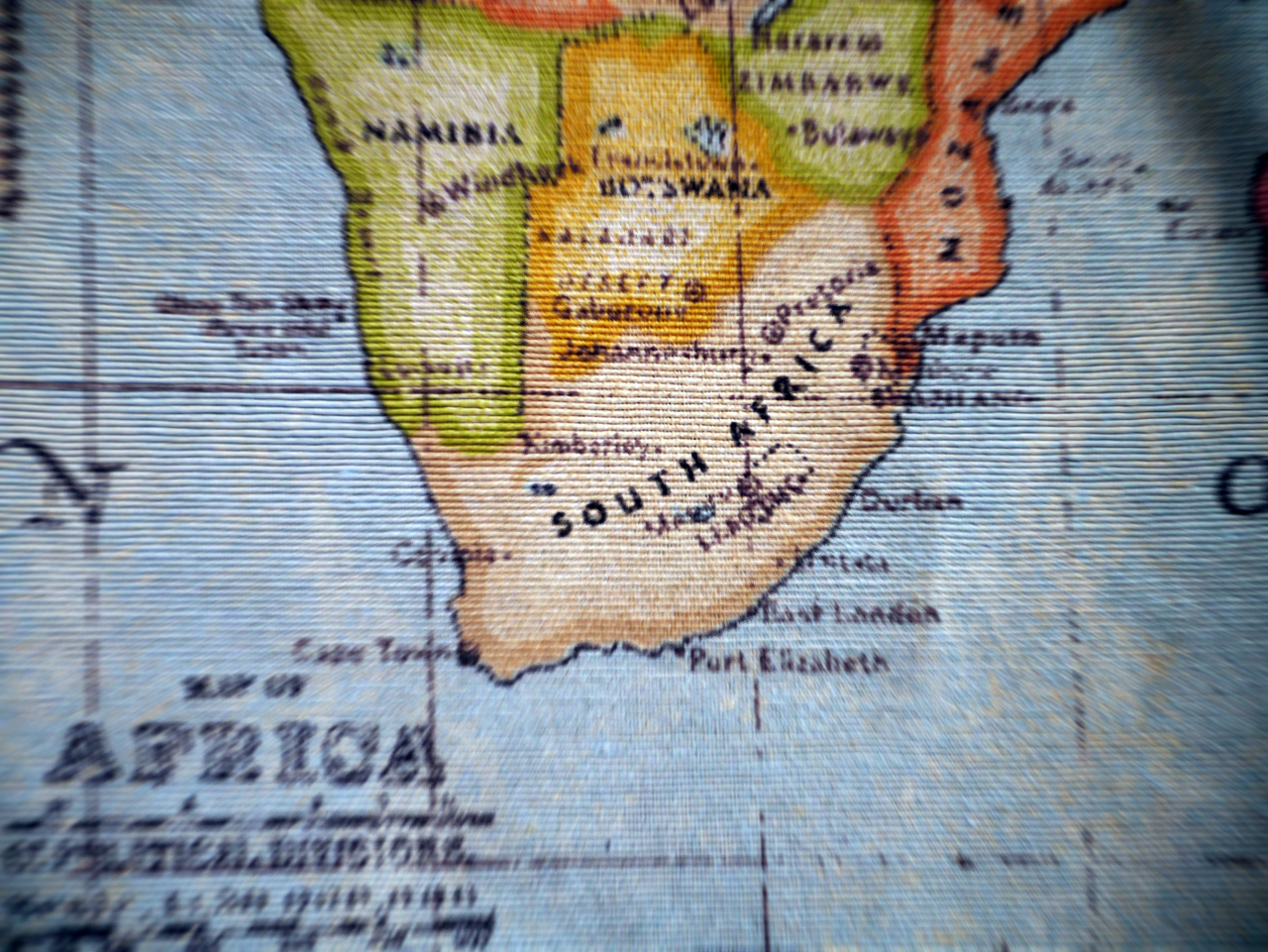 One Sunday evening sometime in February, a couple of friends I had recently met here in London invited me to dinner with a larger group.  I sat next to to two people I did not know and we began the standard opening conversation.  Hi, my name is … who are you? Where are you from?  What do you do?  How long have you been here?  The exchange took a sharp turn, however, when the friend sitting across from me jumped in.  “Oh, Lillis!  You should talk to Anita about South Africa!  That’s where she’s from.”

I smiled at the young woman next to me. “You’re from South Africa?  I never would have guessed from your accent!”

She shrugged slightly.  “I’ve been in the UK since I was in primary school, but I have some family down there that I visited last year.”

“Very cool. I’m moving to Johannesburg in July!  Got a job teaching music at an international school there.”

At this point her eyes widened slightly and her eyebrows arched in a way that I was just beginning to recognize. “Really?”  She said the word very slowly, more like a statement than a question, incredulity mixed with a hint of disapproval in her tone.  “Have you been to South Africa before?  Do you know what it’s like?”

I felt myself beginning to bristle. “Yes, a bit. I did an internship in Cape Town a long time ago but I went back to visit just a couple years ago.  Loved it both times.  You don’t like it though?”

And there began a thirty minute conversation in which I was informed of how frustrating, tragic, and dangerous of a place the country is; of how things are getting worse; of her personal experience of being mugged in her car in stopped traffic; of questioning why anyone would voluntarily want to live there.  The conversation was as impassioned of a debate as two strangers can have at a British dinner party – polite, restrained, dogged.  In a bizarre twist, I found myself being defensive of a place I have never lived to someone who can claim it as a home land.

It was not the first conversation I had in which either strangers or friends tried to warn me about the dangers of South Africa, nor was it the last.  Now, after three months, I’m getting pretty savvy.  In any meeting that involves me stating the news, “I’m moving to South Africa”, I can tell in three seconds or less which way the discussion will go and whether or not it will involve anecdotal evidence based on the pause and the facial expression.  Approximately two out of every three people who hear me talk about my upcoming change feel a compelling need to tell me a horror story – whether it’s their own adventure or their uncle’s mother-in-law’s best friend’s experience that they heard about at the family reunion a few years ago.  Whatever the source, it’s rarely a pretty picture.

What is this pattern?  What is it about?  And why does it bother me?

On one level, it’s about danger – both real and perceived – and people’s perceptions of Africa, especially South Africa.  Does the country have high crime rates?  Yes.  Is security an issue?  Are these stories that have inundated my recent exchanges happening to real people?  Yes and yes.  But pause for a moment.  What is missing?  South Africa is not a country at war.  Millions of people there manage to safely navigate daily life.  Tourism is bustling and industries are growing.  There is a rich musical history and a hopping contemporary arts scene.  Why are these not the first stories that people want to tell me?  Even if they were followed up with a warning about crime, the tone and implication would still be different.  Like this: “Oh wow, you’re moving to South Africa!  There’s so much music and art there.  I’ve heard about this amazing festival that happens in Grahamstown.  You’ll have to check it out.  Do you know where you’ll be living?  Let me email you my friends’ contact details!  They can show you around.  You’ll have to be careful of course about security, but they can tell you more about that when you get there.”  Why don’t more conversations begin like that?
Because: images of Africa.

It’s easy to blame it on the media, but its power is real.  So much of what the world sees of Africa is summed up in news reports of tragedy: war, crime, disease, and poverty.  Like it or not, the dominant narrative is negative.  When someone has a personal story to back up the news reports, the potency of the message increases exponentially.  A bit like mixing drugs – put them together and a little bit can have an intense effect.  I know this, so I am usually very careful about which narratives I choose to reinforce and for whom.  However, since we’re on this danger train, let me kick loose a little.  Here is something that I have never said on this blog: Nairobi is a dangerous city.  In the six years I lived there, more friends of mine experienced violence than I care to count.  For every person here who has told me a story about South Africa being dangerous, I have two: stories of people from my world in Nairobi (both Kenyan and non) who were robbed, or mugged or carjacked or had their homes invaded at knifepoint or gunpoint; people who were physically attacked and hospitalized, caught in crossfires, killed point-blank by terrorists or thieves.  These are people I can name.  Not strangers.  If you’re looking for a scare or a dose of someone else’s trauma and tragedy, I’ve got a sizable stash.  So why don’t I deal in it?  Am I in denial?  Or deliberately hiding the truth from people who ought to know?  Why did I stay so long and how did I come through seemingly unscathed?  Am I brave?  Stupid?  Naive?  Was I lucky?  Street-smart?  Miraculously protected?  The truth is probably some uneven combination of all of the above, but none of that is the point.  I don’t trade in tragedy, not because it doesn’t happen around me, but because it’s not the real question.

I realized early that when people asked me if Nairobi was safe, the question about danger usually served as a frame for a deeper issue.  Either, 1) they are looking for reasons to stay away and need stories that will justify their fears, or 2) they want to come but are wondering if the experience will be worth the risk, or 3) they are curious and/or confused about what kind of person I am.  (Who is this single, white girl with an American accent who keeps putting herself in African places?  Fearless adventurer?  Lost wanderer?  Confused neocolonialist?  Something else?)  Whether an identity question, a search for worth, or a foundation for fear, all the issues embedded in the question are about something other than scary stories.

Danger.  It’s like the shadow in the corner of your eye – when you look right at it, you see it for what it is.  It might be real and you might need to move quickly; it might also be nothing other than a trick of the light.  But if you spend your time trying to dodge something you think you see but never face, you end up looking like a crazy person – ducking and swerving your way down the street, hiding behind light poles and letter boxes when there is nothing around you.

Yes, I know South Africa is dangerous.  So was Nairobi.  So is London.  Bad things can happen.  They could happen to me.  Whether they do or not doesn’t make me any more or less blessed than those who experience tragedy often.  I am not a thrill-seeker – I don’t go looking for exciting ways to get hurt.  Neither do I live bound by fear.  I do not stay home because of statistics and probabilities.  Sometimes I’m wise, sometimes rash; sometimes lucky, sometimes wonderfully cared for.  I take time to think things through, but I also know that there is no way to see around the bend in the road.  Though I pray that I might live tragedy-free, the circumstances themselves in the end are not the point.  Whatever is ahead, it is better to follow the road with hopeful expectation and thankful anticipation than to live shackled by fear.

I did not leave Nairobi because I was afraid or because I had finally ‘had enough’.  I still love Kenya and will deeply miss the people there who were part of my world.  I am moving to South Africa because my masters program is ending and I have been offered the chance to continue doing something I love – it’s great job at a great school, in a beautiful country with beautiful people that have lived a hard but rich history and who are creating a vibrant present and a new future.  This move even has a bonus feature – for the first time ever, I’m moving somewhere new where I already know a handful of people.  I will get to see and spend time with old friends right from the start.  I am not anxious.  My heart is at peace and full of hope. 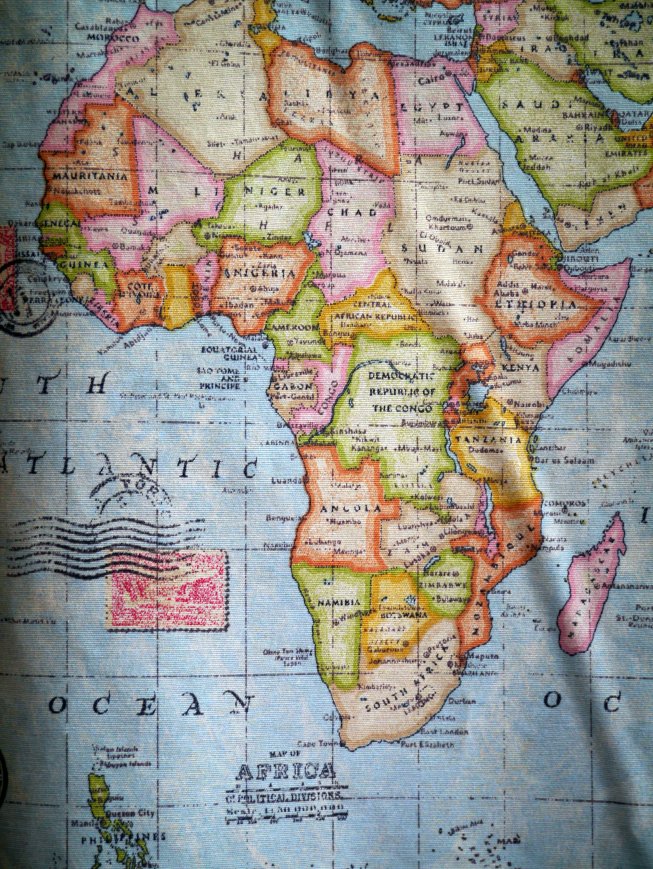