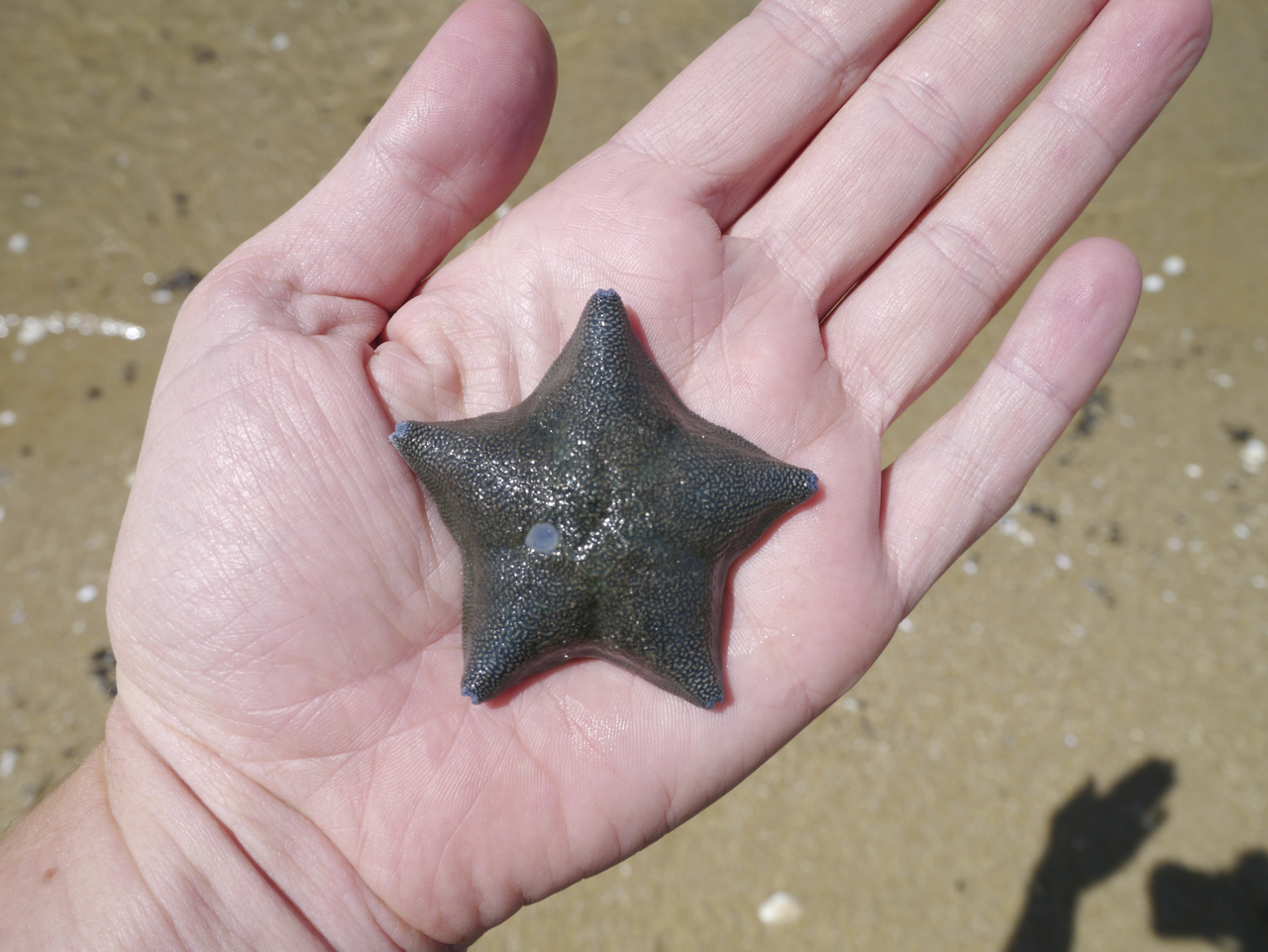 We had a long-weekend in November – a nod to Thanksgiving but on the wrong weekend entirely, so not much use in terms of celebrating with Americans.  A couple of of friends and I decided to do a sort of “recon” camping trip in the Ngarandare conservancy, north of Mt Kenya.  Jon and I were scheduled to chaperone the biking intercultural trip in January and this conservancy was to be our final camp site with the kids.  While he had visited the conservancy once several years ago, neither I nor his wife Conny had been before.  The three of us packed up early on a Friday morning, drove about 4 hours north to the campgrounds, and spent two nights and two days enjoying the outdoors – hiking in the hills and gorges of the conservancy, and relaxing in camp. 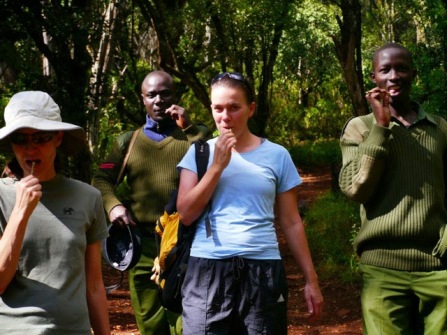 Our guides taught us how to brush our teeth the Kenyan way.  The young branch of a particular bush is good for its antiseptic sap and fibrous stalk.  The perfect, biodegradable toothbrush.  The gorge where we went hiking had a lovely series of waterfalls and pools. 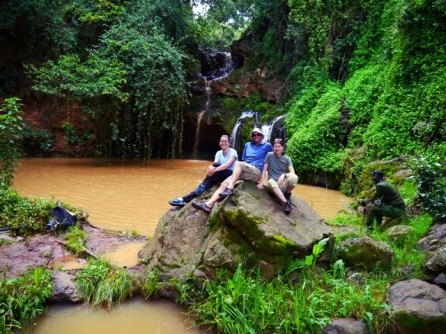 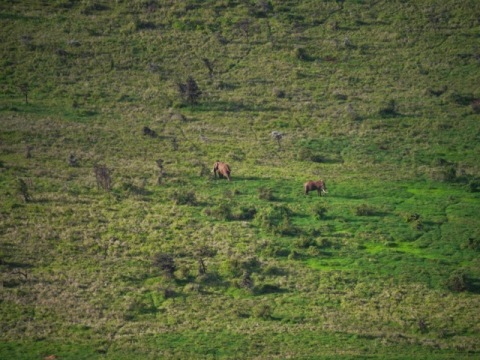 On our last hike, we went to the top of a hill.  Our guide spotted these elephants in the valley below with his eagle eyes.  This picture was taken with a 300mm lens and it was the only way I could be convinced that there were elephants down there at all.  BTW, the reality of elephants is why we have to hike with armed guides in most places here.

The Land of the Long White Cloud is so named for a reason.  The sun peeped through for about four days of the two weeks I was there.  Apart from my tent nearly collapsing on top of me during a storm, and getting soaked on a hunt for a bus stop, the weather didn’t bother me much.  Good people and spectacular sights are like wool socks for the heart – keep you warm when wet.

I spent the first week and a half with my friends Bruce and Lee at their home in Christchurch.  Being 8 months pregnant and looking after a toddler didn’t slow Lee down much.  I was mightily impressed. 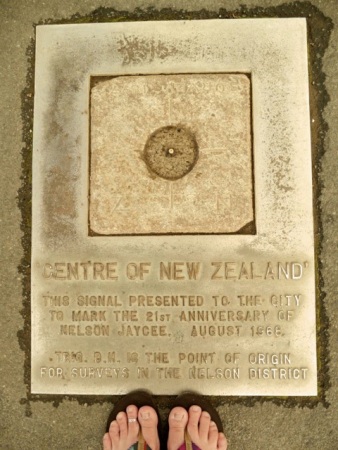 We drove north to the town of Nelson which just so happens to be the geographic center of NZ (whatever that means).  We hiked up a hill to this spot – Bruce, me, and 8-month pregnant Lee.  She’s amazing.

In Nelson, I said bye to Bruce and Lee and then went on a 3-day kayak trip in Abel Tasman National Park. 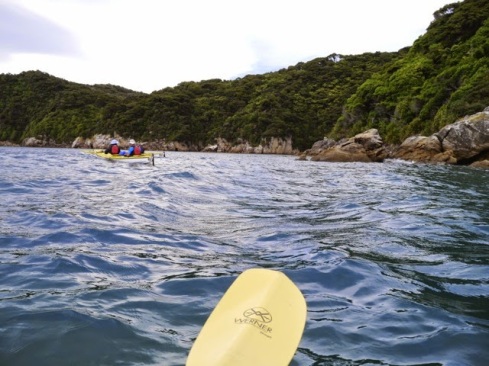 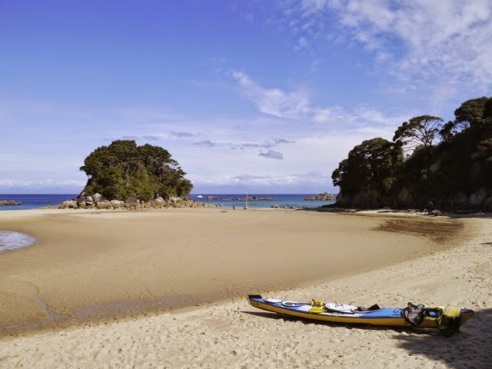 Mosquito Bay.  This stunning cove and camp site can only be reached (comfortably) by boat.  The tour guide had intended for us to camp here only one night.  A fierce storm blew up in the night though, and we almost had to be “rescued” by a water taxi service.  Half our tents were flattened or torn by the wind. 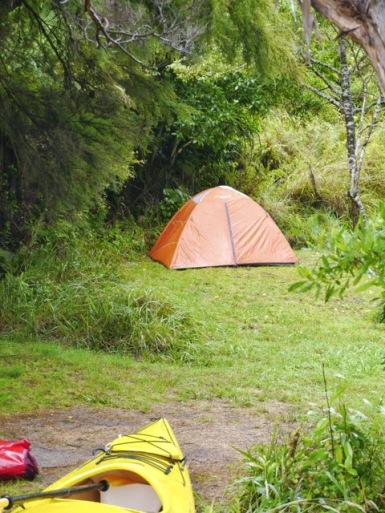 My strategic tent placement (and a bit of luck) kept my tent in tact through the night.  I slept warm and dry, though I did wake up once or twice with the side of the tent pressing down to touch my face.  That was an interesting sensation.  Thankfully, the tent poles didn’t snap until about 10am when I was out trying to help hold together our mess tent and keep from getting soaked.  In spite of all the craziness, our guide decided to radio his base for fresh supplies rather than hauls us home in the water taxi.  So, I got a new tent and re-pitched in an even-more-strategic location recently vacated by some other campers.  Thankfully, the sun came out right after the delivery of fresh supplies.  It was time to explore. 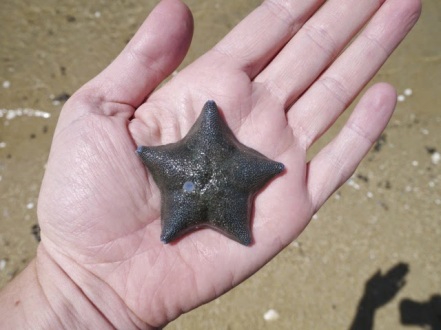 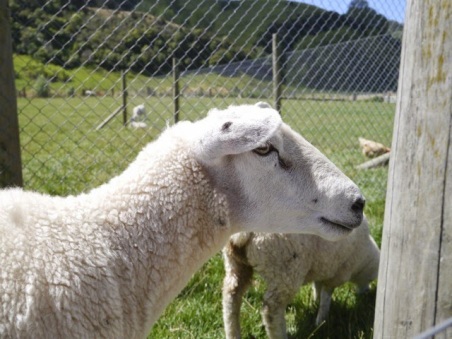 After the kayak trip, I got on a bus and kept winding my way north.  NZ sheep really are white and fluffy.  And everywhere.  At first I thought the hills were just covered with white boulders.  And then I realized that they really have that many sheep. 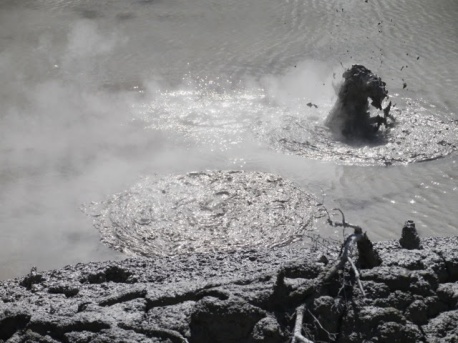 Some of the biggest geothermal parks are on the north island, near the town of Rotarura.  I spent an entire day hiking two different parks.  Boiling mud is amazing.  Stinky … but amazing. 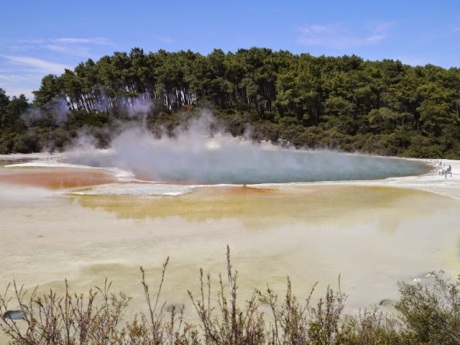 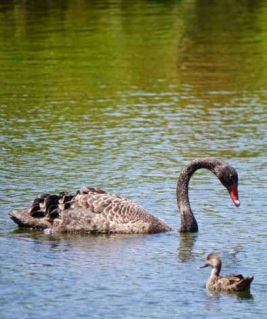 I had never seen black swans before.  They had found one of the cold lakes in the park and brought the whole family.  The lake was covered with them.

Last stop on my way back to the Aukland Airport: the Waitomo Caves.  This cavern system is best known for the millions of glowworms that light its halls.  The lowest part of the cave, where the worms are the densest, is a river.  The tourists hike down throughout the cave system and board wide, flat boats by the light of the guide’s headlamp.  The guide then turns off the lamp and pushes off, navigating the boat silently through the channel by holding on to a series of guide wires that have been installed in the rock.  No one speaks apart from an occasional awe-struck whisper.  A hundred thousand points of pale blue light fill the cavern roof – a living Milky Way below the earth.  The only sound is the occasional echo of dripping water and the restrained rustle of humans in the presence of something holy.  I have no photos, but the experience is one I will treasure.

By wisdom the Lord laid the earth’s foundations,
by understanding, he set the heavens in place;
By his knowledge the watery depths were divided,
and the clouds let drop the dew.
Proverbs 3:19-20