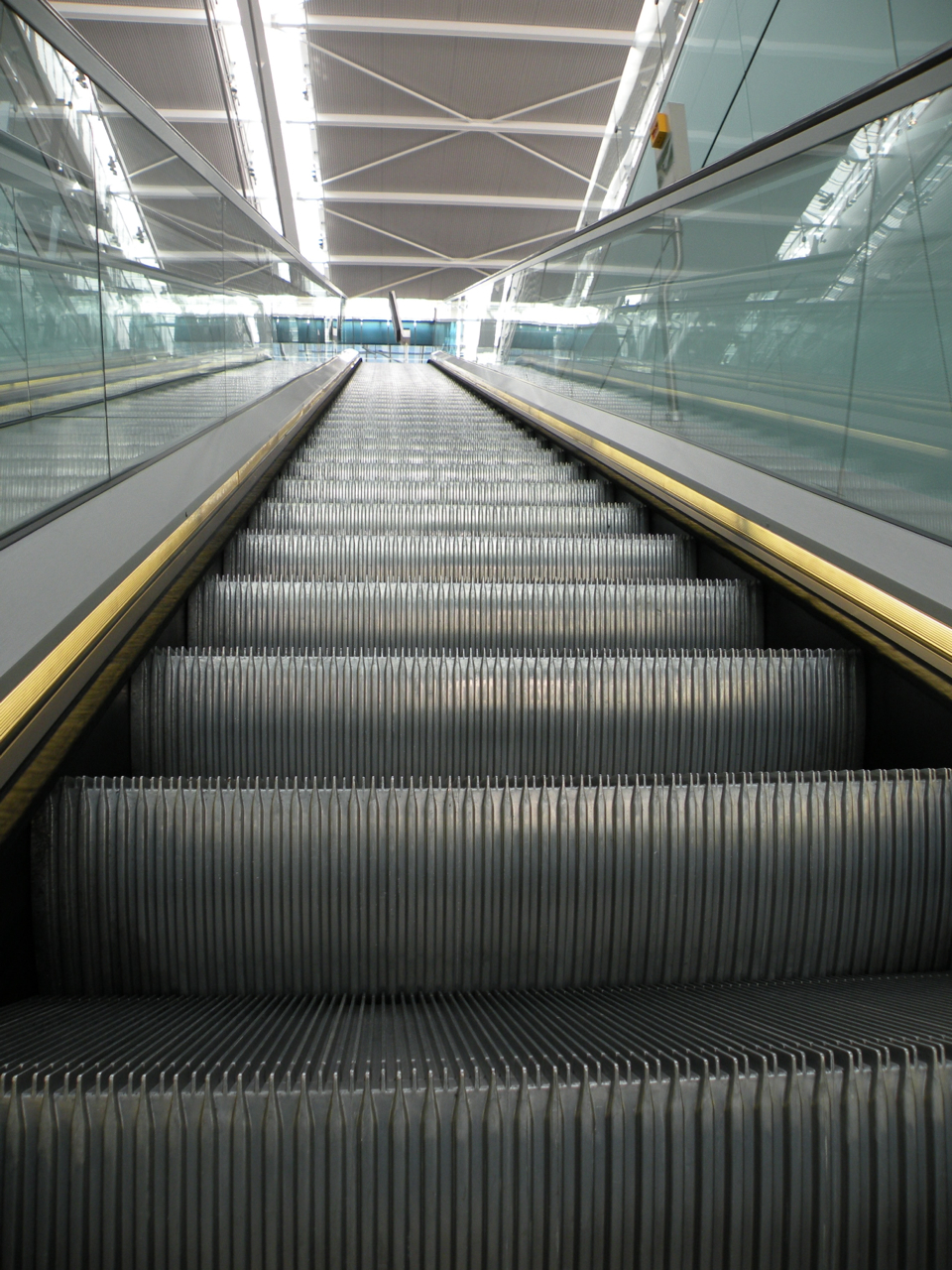 Jomo Kenyatta Airport is close. Not a two-minute walk away kind of close, but an over-crowded birdcage kind of close. The halls of the international terminal are narrow and the ceilings low; the duty-free shops are small and have goods stacked in every available nook. The terminal follows the shape of a shallow semi-circle, so you can’t see more than two gates down the hall in either direction. The under-circulated air is thick – especially by evening when all the flights to Europe are preparing to leave and the halls are full of departing passengers. It’s not an awful airport – just close.

I made a bee-line for gate 14. Though I still had two hours to wander and browse, I wanted nothing other than to find a spot to nap until boarding. Inside the holding area I ran into a student and her mother. Marie smiled and said hi, but her eyes were red and she held a tissue. A cold? She and her mother exchanged looks and then Marie leaned towards her for a hug. The mother held her sympathetically and then I remembered – they were moving. Marie would not be coming back to school next year. She was looking around the terminal and out the windows as if for the last time. This bouncy teenager (one who had been on my first Mt.Kenya trip a year and a half ago) had been in Kenya for four formative years of her life and now had to say goodbye. I watched her cry on her mom’s shoulder and thought about my own moves.

London-Heathrow is not close. Soaring ceilings, glass walls, wide waiting areas with couches designed for daytime sleepers; it is light and bright. Dallas-Fort Worth airport is winding, and Savannah airport is cute.

By the time I made it through the space/time travel-vortex and landed in Georgia last Wednesday, I was cross-eyed with fatigue. My missing luggage became the proverbial straw, and my cousin found me in tears. Good thing I didn’t have to drive myself anywhere that night – I was a walking recipe for disaster. I have spent the last week in Savannah resting: enjoying my awesome cousins, watching lots of soccer, and adjusting my brain to the right side of the road … or is it the wrong side of the road? Hard to remember.

This morning my parents took me back to the cute airport and I boarded a plane headed for the winding one. Hallelujah for well-timed layovers and airport sports-bars: I got to watch South Africa beat France. It will be my last world cup game this season. From Dallas I flew to Seattle and then caught a bus to Mt. Vernon. As I write this, I am sitting in a hotel less than two hours south of Canada, preparing my head for the adventure that begins tomorrow.

For the next four weeks, I will be a student of the National Outdoor Leadership School. I won’t spend any time describing what they are. They say it much better: http://www.nols.edu. I am registered for the sailing and kayaking course. That is two weeks of sailing and two weeks of kayaking, all in the islands between Seattle and Vancouver. I don’t know much about what to expect other than that I will learn a lot, I won’t have internet or phone access, and I will be on the water for four weeks.

So, as I prepare to disappear from the electronic world for a while, I want to take a moment to share a piece of wisdom that I found over a London-Heathrow moving-walkway:

Face in the direction of travel

On the moving-walkway of life, the ground-speed is going to change; keep your face forward and your feet ready. There is adventure ahead.

Catch you on the other end of July!

2 thoughts on “Face in the direction of travel”